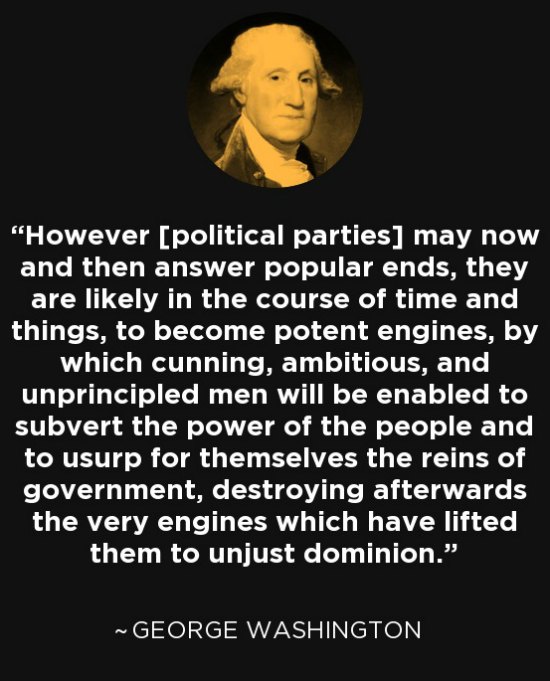 Ask yourself this: If political parties were the answer to solving our problems, why do we have so many political problems today? 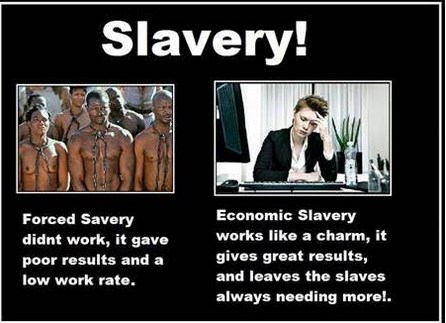 Why Government is Immoral

The following article is about replacing political parties all over the World and the writer talks about the Australian Political Parties as example.

Political Parties are not the Answer

The major political parties do not really represent the people.  They generally represent the elite and very well organized organizations, large business and well funded ethnic groups.  The majority of people have not been given good information when it comes to the political options of their country.  Because of this, they do not know which party to vote for and generally just vote for one of the mainstream parties which the media has focused on.  In the last 60 years, Europeans who spearheaded the most advanced countries in the world such as the US, Australia and Britain having seen their countries decline rapidly.

“A nation can survive its fools, and even the ambitious. But it cannot survive treason from within. An enemy at the gates is less formidable, for he is known and carries his banner openly. But the traitor moves amongst those within the gate freely, his sly whispers rustling through all the alleys, heard in the very halls of government itself. For the traitor appears not a traitor; he speaks in accents familiar to his victims, and he wears their face and their arguments, he appeals to the baseness that lies deep in the hearts of all men. He rots the soul of a nation, he works secretly and unknown in the night to undermine the pillars of the city, he infects the body politic so that it can no longer resist. A murderer is less to fear. The traitor is the plague.

Democracy = Mob Rule, It's not freedom. It's FEAR!

So Soros (a Jew) bribes politicians to flood Europe, Australia, Canada, Britain, and the United States with Blacks and Muslims.

In the United States the Demoncrats and Republicons are on different sides of the same Totem Pole.

False Jews bribe political Parties not to represent We The People

The United States Dmocrats Party calls for Total Censorship (No Free Speech) Democrats Officially Call For Infowars To Be Banned From The Web https://www.pscp.tv

The lunatic left are at it again! This time DNC Chair candidate, Sally Boynton Brown, lays out her truly progressive vision for the democratic party!

United States Democrat Party do not stand for the National Anthem. Get out of America

California Democratic Sen. Kamala Harris attempted to grill Secretary of Homeland Security Kirstjen Nielsen over the policy of separating illegal aliens from their children when they are caught entering the country together.

Comments to above article

The US government has been separating tens of thousands of American childrem from their parents every year for decades for things as simple as spanking them, homeschooling, financial loss, possession of a harmless plant, etc. What a bunch of lying sh!tbag hypocrites.

Nancy Pelosi (Jewish) is a anti American, anti white globalist who is only interest is in displacing whites in America with non whites changing the demograpics of America to get more democrat votes. When that happens it will be a game changer with the communist globalists in charge America will be destroyed.

Democra Party in the United States. They are Communist who call themselves Democrat or Progressive or Bold Progressive. Anyway you paint that pig it's still a pig. The entire DNC is run out of the Communist party.

Most political parties all over the world including the Democrats  are all about the power of government over the people for their own profit and personal gain.

Democrats party is now official a Socialist/Communist party. They are against free market, play the race card, promote hate & violence as "LOVE & TOLERANCE". If people don't take these extremists out, I am afraid our government will be overtaken by the Communist soon.

Democrats don't hold blacks accountable, don't want to help police their neighborhoods, and give them incentives to not do anything. That is real racism, one day they will see the light.

The Democrats are actually under the direct influence of the Communist Party.

The Inconvenient Truth About the Democratic Party

Why Did the Democratic South Become Republican?

The Democrats want illegal immigration to receive welfare and in exchange they vote for the Democrat Party .

Laura Ingraham: Democrats Use Illegal Immigration to Replace You

Exposing the Deep State in the United States.

The Western World is run by fools

The Worst of Nancy Pelosi

We have lost virtually all our industry, rights and millions of people have been killed in needless wars.  We now face birth rates that are alarmingly low and we are not replacing ourselves.  We are losing our countries to Islam and third world invasion.  So the parties you vote for:  Liberals, Republicans, Democrats or Labor and you are effectively voting for one party as their policies are virtually identical.

To attempt to combat this, we have put together a list of political parties we recommend for you to investigate as alternative parties to vote for in your country.

In general, we are anti-political parties and as they have a history of not representing the people. We believe most countries should introduce Citizens Initizens Referendums (CIR) used in Switzerland. CIR system of (Cantons) direct free speech to We the People to Govern our countries. The Switzerland Government allows the people to have guns and their crime rate across the country is very low in comparison to other Western countries.  For example, the worst crime committed in Switzerland is burglary!

The  Political Parties in Canada promote  genocide of Europeans and Indians.

The Destruction of Canada

Political Parties do not represent people's rights, so we must start to promote (CIR) Citizens Initizens Referendums, and the public can to start to represent themselves against the political party gangs. Switzerland in Europe has CIR.

In Western countries we refer to the body that runs the country as 'government.' However, today there is a growing number of people who realize that we really do not have a government.  Political parties only  represent themselves, corporations and banks.

We must realize that "We the People," are really the government.  We must start taking responsibility and developing organizations and start educating people about the Citizens Initizens Referendums (CIR). We must replace the so-called 'government' and ban political parties who destroy the people through multiculturalism and constant involvement in wars all over the world.

The Coveners League Disclaimer:  We are not politically aligned with any one party and we do not view ourselves or our audience as either left or right wing.  Any person with any political alignment can be members of our group which is predominantly community based.  We are supportive of any political group that represents our people and this article is purely to raise awareness of alternatives to mainstream media and prospective parties.

The Political Group for Political Parties in Europe

The following video is about the 2018 Russian election and gives information on the polices of the Policial Parties.

The following political parties in different countries which we recommend are listed below:

for Britain Party in Britain

The British Media (led by the London Broadcasting Corporation, or BBC, and The Guardian) are going to pull out every stop to prevent FOR BRITAIN getting off the ground; because they believe in the annihilation of the UK, and the triumph of Capitalist Globalism. They are, uniformly, LIARS, with a political agendum which is becoming ever more visible. Even acquaintances who regard themselves as 'non-political' are starting to see the ideology in our Media.

The Sweden democrats has seen a surge of popularity due to increasing disquiet amongst Swedes over the current immigration policies.  With the current Europe Immigration Crisis, they have now shown to be the number one political party in the polls ahead of the two major parties.  They stand for the following:

The  Hungary Jobbik Party founded  in  2011 they are now the third largest party in Hungary.  This party stands for:

The Freedom Party of  Austria was established in 1956 and ideologically descends from the 1848 revolutions of the Austrian Empire.  This party stands for:

Finland's Finns Party is a relatively new party, established in 1995 and the third largest party in Finland.  This party stands for:

The aims of the Norway's Progress Party stand for:

Norway's disturbing lurch to the right

The National Front Party headed under Marie Le Penn have surged in popularity in recent times due to the increase in immigration and Paris terror attacks.  This party stands for:

Party for Freedom in The Netherlands

The Party for Freedom in The Netherlands stands for:

Golden Dawn in Greece Regularly slammed by the Socialish controlled  mainstream media as an extremist or terrorist group. Though they are responsible for the large humanitarian efforts to ensure Greek citizens don't starve by holding food drives.  This party stands for:

Pauline Hanson's One Nation in Australia

One Nation in Australia one of Australia's  Nationalist parties first formed in 1997.  Some of the key things they support and stand for:

'No more mosques, Sharia law or Muslim refugees': Pauline Hanson releases her One Nation political manifesto on Facebook - and gets 16,000 likes 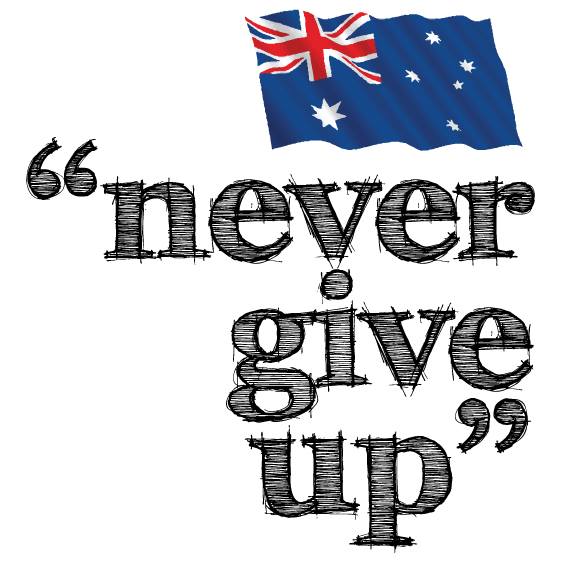 The Australia First Party promotes strong national identity, pride and freedom and provides an alternative to the globalist/ socialist/ liberal  parties within Australia.  They stand for: 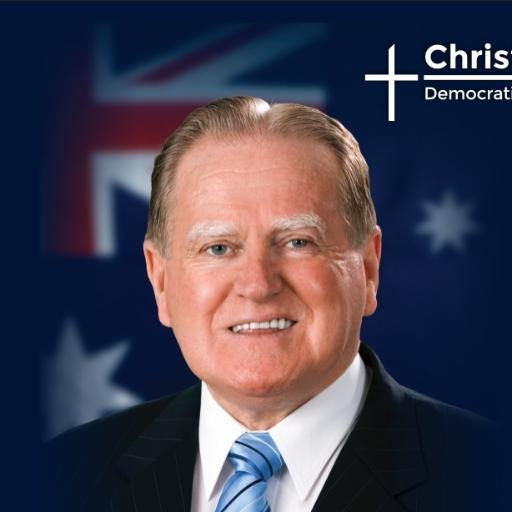 Fred Nile(pictured left) The Christian Democratic party is a party with high ethical values based on the Christian values.  They stand for:

European Political Europarties Are Alliances To Take Note Of

As Europarty funding stays within the  Europarties:  the funding cannot be used for funding any particular national political parties, meaning that parties not involved in one of these alliances are grossly disadvantaged.

Table of political parties in Europe by pancontinental organisation

Parties With A History of Not Representing Its People

If you go to the following page you will find a list of National Parties in Europe.

Germans as a people do not exist, so they cannot be betrayed, says Green Party leader

Pro-sharia party leader: Belgium will have a Muslim majority within 12 years