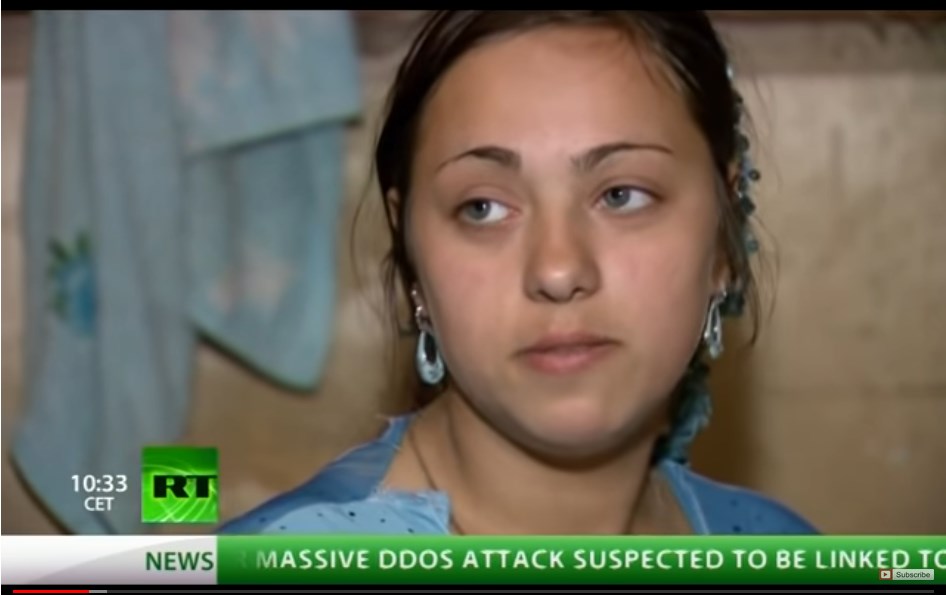 " Kalderash Romany have roamed the streets of Russia for more than a century, preserving their traditions and customs despite living side-by-side with Russians. Their unique songs, dances and lifestyle have made them a true marvel for historians and researchers".

The Gypsies are a healthy society, have an increasing birthrate, tight nit clans and don’t marry outsiders often.
Many Gypsies today are white Europeans that adopted the gypsy's way of life throughout the ages.

Instead of always attacking the Gypsies, why don’t we start learning from them?
Like how to build clans, create customs and laws and how we can preserve ourselves just like how the gypsies have preserved their identity.

Those who complain about the gypsies, don’t forget they are not out to replace us with non white invaders unlike our white traitor politicians and corporations. Many gypsies are against the globalist.

"The Kalaidzhi bride market takes place in the southeast of Bulgaria every year. Unmarried women are often paired off with financially strong men." 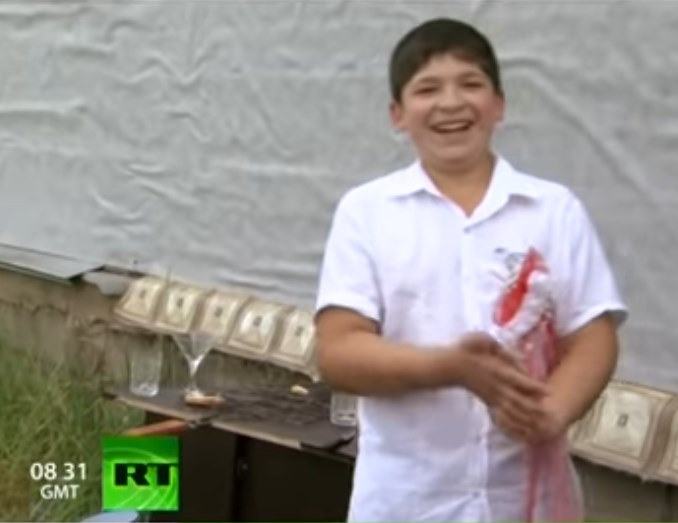 "Gypsies are a nomadic people, and follow each Clan’s matriarch. The entire Tribal structure is based on maintaining each Clan’s matriarchal bloodline; meaning it is extremely rare for women to mate outside the Tribes, and only with a man who’s bloodline is reasonably pure as her own. This is simply due to preservation of the race.

Nothing, absolutely NO THING has as much value within the tribes as a single child, unless it is an Elder matriarch like my man’s grandmother, who is 103 years of age.

Biases in the United States towards Gypsies lean towards favoritism; we (Gypsies) are seen in a romantic air and many travellers call themselves Gypsies.

In Europe, however, where the Tribes have lived nomadically for centuries, there is a great deal of suspicion and fear, and Gypsies, particularly the women, are given a wide berth."

The following quote taken from Metapedia

"The Gypsy do not have a written history and thus most of the information about their history has been inferred, based on linguistics, genetics, and historical records of the countries where they have resided.[4]

Based on linguistic evidence, the Roma originated in North India. The term Roma is argued to be similar to a collective term for the ancient aboriginal populations of the Indian subcontinent. Many remained outcastes or tribals, but some were assimilated into the lower strata of the caste system. A 2012 study found genetic support for that the European Roma are related to these groups. An invasion of Northern India by Ghaznavids around the year 1000 may have started the migration.[5] See also the article on Caste on the origins of different castes.

Historical studies have stated that the Gypsies migrated to Europe between the 5th and 10th century. It has been argued that their migration route included Persia, Armenia, Anatolia, and Greece. The Roma then settled in multiple locations within Europe and were widespread in Europe by the 15th century; descendants of these migrants currently live primarily in the Balkans, Spain, and Portugal.[4]"

Another term for Gypsies is "Travellers". However, there are also several groups of indigenous European "Travellers" who, despite a somewhat similar nomadic lifestyle, are not Gypsies. The most well-known are of Irish or Scottish descent.

"A very small size of the original population is suggested by the fact that although most of the migrants arriving in Europe in the 11th-12th century remained within the limits of the Ottoman Empire, the overall number of Roma in its Balkan provinces in the 15th century was estimated at only 17,000.[6]

Today there are 10-12 million Gypsies in Europe - a number larger than the population of several countries.[7]

Voluntary segregation from and crimes against non-Gypsy

"Gypsies have been stated to have traditions that emphasize voluntary separation from mainstream societies. Many do not send their children to school or work alongside non-Gypsies. The culture has been accused of encouraging crimes against the non-Gypsy, often involving scams and burglaries, and often against the elderly.[12]

An article based on the book The Roma: A Balkan Underclass stated that "Gypsies are unpopular with Europeans to this day: “Many recent public opinion polls confirm that the Roma are by far the most unpopular social group, commonly considered a major burden on slender public resources.” [...] Gypsies, for their part, do not think highly of the gadjé (their term for non-Gypsies). They have a concept of ritual purity according to which gadjé are considered unclean: “[M]ost groups restrict their interaction with outsiders to economic transactions and brief encounters with officials or institutional representatives such as welfare or hospital staff.” They do not view stealing from or cheating gadjé as morally wrong. Gypsy girls are not permitted to marry gadjé, and are shunned if they do. Gypsy men occasionally take European wives, but the woman must promise to adopt Gypsy ways."[7"

I am born and raised in Bulgaria and i can say this is a very accurate documentary about romani people in Bulgaria. I have witnessed things like this, yes but i have to say THIS is simply NOT a part of the bulgarian culture. I do feel sad that many foreign people watch these types of videos and create an opinion about us based on them. THOSE ARE OLD VILLAGES ABANDONED by REAL bulgarians, I ask you please respect and try to learn about the real culture before making assumptions.

Ok so let me just clarify as a bulgarian girl i am shocked by this because WE DO NOT HAVE SUCH TRADITIONS AND THE TITLE SHOULD HAVE BEEN "Bulgarian gypsies' marriage market and miserable life" since the title the documentary has might be confusing. There are sadly a lot of uneducated, uncultered and poor (because they refuse to get education or a job) gypsies in Bulgaria so please do not confuse them with the bulgarian people who don't sell or buy brides smh (also the place is an old village we have developed modern cities just saying lol)

Thank you YouTube for making Bulgaria look like an uncivilized backwards country. These people are a clan of a minority in Bulgaria. That means they are literally a minority of a minority, less than 1% of the population! The remaining 99.7% completely disagree with this and do not practice it just like the UK. Bulgaria is a Christian, Caucasian, European nation, with a minority problem, not poverty. These are only gypsies shown, who are not Bulgarian but an India originating minority.

Cha Ali 4 months ago (edited)
Women have a price tag in Western cultures too. Any divorced man can tell you that. I can’t believe any man anywhere doesn’t know the price tag of any woman he dated anyway. The Gypsies are just honest and upfront about it.

Even though they have forced marriage, these girls are happier than Western girls, strangely enough

Bulgarian people are lovely people, from my experience they are nothing like these people, so don't judge the whole of Bulgaria on this documentary ???

v Vishwas 2 months ago
I must admit that Roma people are beautiful.

flioink 3 months ago
"Калайджии" seem to be a high-status cast as they have a clean, well-built house and seem to be in no need of social assistance. That's not the case for the majority of the gypsy population here as they usually go for petty crimes and alcoholism. Most weird to me is that they speak Bulgarian among themselves.

Roma Roma Roma... these are gipsies. G I P S I E S. There is no such term as "Roma". This was created by western European leftists taken out of a gipsy word for "human" - and the word is Loma not Roma, LLLLLLLLLLoma. I hate leftism.

'Bride price' does not mean selling own daughters, you idiot! What about dowry? Does that mean they sell their sons? This is the problem when journalists talk about cultures! There are many anthropological and sociological texts about "Bride Price' and 'Dowry system'. The Roma don't marry out of their community. They are endogamous! So how can you say they are selling their daughters?